PLEASE REGISTER so that our organizers can plan appropriately!
Back to Top

Needs based scholarships are available from the Duval County Council of PTAs/PTSAs to support the attendance of 2016-2017 PTA leaders, who will be officers/chairs at their local unit, at the Florida State Leadership Conference and Convention. Recipients are to be selected by the Executive Committee of the Duval County Council of PTAs/PTSAs. The scholarship will provide for one standard hotel room with 2-person occupancy, $75.00 gas allowance, and 2 registration fees. Only one scholarship per unit allowed. The Local Unit will be required to write a check to the Council in the amount of $250. The Council treasurer will hold the check and it will be deposited only in the case that the local unit fails to attend the event. Deadline May 22, 2017.

Duval schools might have to close and give away three middle schools to a charter school operator next school year if a bill moving fast in Florida’s House gets approved, district leaders said Tuesday during a School Board meeting.  The district also could lose tens of millions more dollars each year to charter schools if other proposed changes are approved that would change the way capital dollars are awarded. Capital outlay dollars, which are raised locally and from the state, pay for school buildings, facility improvements and equipment. The result, if these bills succeed, could be massive transfers of tax payer dollars and tax-funded assets, such as school buildings, to charter school operators, district leaders said.  And if those charter schools close, taxpayers won’t recoup most of those assets, said board member Becki Couch.

Charter schools are publicly funded schools that operate like private schools, independent of elected School Boards. In Florida, many state legislators have received large political campaign donations from charter school operators. Charter school proponents in the Legislature have said they are trying to expand school choices for students in persistently under-performing schools.House Bill 5101 would force all Florida districts to close public schools that are graded D or F in consecutive years and turn those schools over to charter school operators. There are 115 D and F schools in Florida this year, said board Chairwoman Paula Wright.  In Duval County, Ribault Middle School, Matthew Gilbert Middle and Northwestern Middle are in danger, she said. Ribault Middle has a D, the same as last year; Gilbert has a D, up from F last year; and Northwest Middle has a D, up from F. Those schools serve about 1,600 students.If those schools don’t earn a C or better this school year, Duval could be forced to close them and allow a charter school to take over, if the bill succeeds, said Superintendent Nikolai Vitti.  Under Florida law now, only a school board can open or close a district school. The law change would give such decisions to charter operators and the state, he said.Also, the bill would significantly reduce how much time a district has to turn around a school. Now districts have several years, but the change would give them one or two.District leaders urged the board meeting audience to contact their state representatives this week.  “We still have time to pull together as a community so we make certain they understand that this is not what we want,” Wright said. “If they’re going to use our tax dollars, we should have a say-so.”  Oak Hill Elementary and Hyde Grove Elementary are also being monitored, Vitti said, because they have already been restructured by the district this school year, Vitti said.  Oak Hill now specializes in autism and Hyde Grove specializes in preschool through second grades.

The bill is designed to attract charter operators to Florida by allowing them to create “schools of hope” within those schools, which will mostly be in low-income neighborhoods. Vitti said the bill used to call them “schools of success” but legislators changed that because “success” would be difficult name to live up to.Under the bill, if a charter school takes over a low-scoring public school, they won’t have to provide transportation and their teachers won’t have the same requirements for certification as regular public school teachers do, Couch said.  Vitti added that so far, charter schools have not as a whole performed better than district schools in low-income areas.If a School of Hope fails to get a C or better over five years, the bill would require that charter school to close and the control over the school building would go to the state — not back the district, Vitti said.There is no a matching bill in the Florida Senate. State Sen. Aaron Bean, a Republican representing Nassau and part of Duval County, did propose one but later withdrew it.But some observers have said it would be possible to quickly pass a Senate version by including it in an omnibus education bill, sometimes called a “legislative train,” with little or no debate.Denise Smith Amos: (904) 359-4083 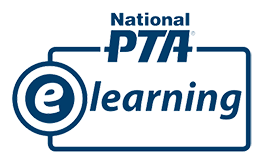 These leadership courses are designed specifically for local PTA leaders. All of the courses in this section will help new and experienced local leaders improve their leadership skills, and illuminate areas of running a local PTA that new leaders may not currently be aware of. View the course list.  To access our eLearning courses, you will need an online National PTA profile. For assistance with creating a profile or registering for a course, please read the eLearning registration guide.

National PTA urges its members at all levels to monitor, support, and advocate for laws and programs in the following areas: child safety, juvenile justice, gun safety, violence prevention, and, mental health programs and services.

DCCPTA is complying a list of all the local PTA/PTSA websites and web masters.  If you sign up your group you will have additional technical information and training.  Please  sign up.

Please select a valid form
Back to Top

We are beginning the adoption process for 9-12 ELA, and 6-12 Social Studies. The adoption committee will convene two days for ELA and two days for Social Studies the week of December 12th. Each committee will consist of 30-50 randomly selected teachers, community members, and parents. TDE will be provided for all teachers who participate. If you are interested in participating, please complete the table below and email to Mason Davis and Liz Cutrona no later than Friday, December 2nd. Selected members will be notified by Tuesday, December 6th.

If you have any questions, please contact Mason Davis at davisw2@duvalschools.org, or Liz Cutrona at cutronae1@duvakschools.org.

General DCCPTA Meetings
are above and run from 9:30 am - 11:30 am, hospitality 9:00 -9:30 a.m. meeting 9:30 am. Make sure your PTA/PTSA has a representative. Join us at:
Duval County Public Schools
School Board Building
Cline Auditorium, 1st floor
1701 Prudential Dr
Jacksonville, Florida 32207